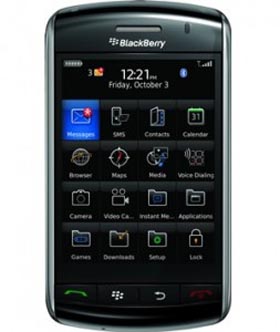 When most people consider the BlackBerry family of devices, they assume that the email-friendly devices are most popular in the corporate environment. That may be the case, but there is another group of users who are increasingly recognizing the value of the ‘Berry.

It turns out that gang members and other members of organized crime are turning to the security of the BlackBerry to skirt detection by the law. The BlackBerry Enterprise Server (BES) was designed to offer incredibly secure transmission of information. Data is secure and encrypted, making it very difficult (if not impossible) for law enforcement agencies to intercept communications.

With most other cell phones, the police are able to listen in on the conversations of suspected criminals. This gives them a window into evidence that can then be used to bring these criminals to justice. With the highly encrypted security of BES (as well as additional security software), criminals are able to communicate over a secure line.

In fact, investigators are saying that these criminals are effectively gaining military-grade encryption on their BlackBerries. Some legislators are working to loosen those shackles, making it easier to intercept communications, but this will also hurt the security of legitimate business communications too.

The CBC’s video clip on the story can be found here.