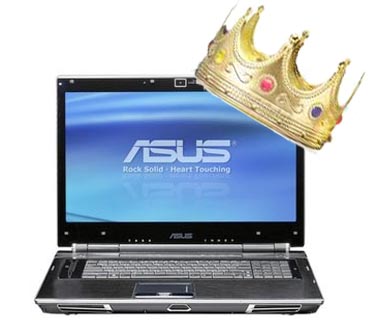 Although I’ve never owned an Asus laptop myself, I do recognize that their products offer exceptional quality. I just didn’t know that Asus was this much better than everyone else.

In a consumer reliability report from RESCUECOM, Asus scored substantially higher than any other computer manufacturer, beating the next closest competitor by a factor of almost 3-to-1. This report takes Q1 2009 into account, so things may change as the year progresses, but this speaks volumes into what Asus is offering to the world.

Fourth place in the Q1 report went to Toshiba, with fifth and sixth going to Acer and HP/Compaq, respectively.