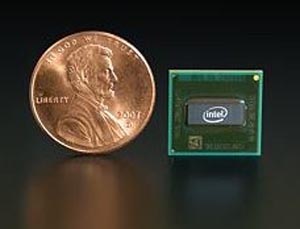 The Intel Atom processor really helped the netbook market reach the mainstream, because it allowed the netbooks to offer a reasonable level of performance while maintaining pretty good battery life. The first generation of Atom processors were pretty good, but Intel has been working hard to improve the line.

The current N270 clocks in a 1.6GHz and the N280 helps by providing a better FSB, but the next generation could be even better. How so? We hear that Intel is prepared to introduce a new 2.0GHz Intel Atom processor as early as next month.

Seeing how Intel is able to hit the 2.0GHz range with the Z-Series of Atom, it probably won’t be long before they push this (and probably dual-core architecture) to the N-series for netbooks as well. Can you imagine an Atom-powered smartphone too? That could be quite amazing.