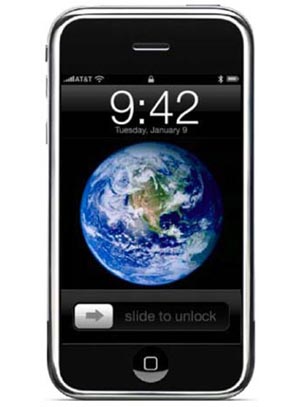 One of the restrictions that AT&T and Apple put in place when they launched the iPhone 3G was that you had to sign a new two-year service agreement to get the hot new cell phone. Apparently, this restriction is now being lifted.

According to AT&T spokesperson Michael Coe, the GSM provider will start allowing new and existing customers to purchase the iPhone 3G without having to latch onto a new two-year contract. Of course, you’ll have to pay the unsubsidized price for the handset, but if you’re already stuck in a contract and want the iPhone, this could be the best (official) route.

If you take the non-contractual route for an Apple iPhone 3G, be prepared to pay $599 for the 8GB model and $699 for the 16GB model. If you turn to the risks of the gray market, you can probably find a better deal than directly through AT&T, but you do get much more peace of mind by taking the official route.

Even though you are paying the unsubsidized price, you should also note that the non-contract iPhone 3G will still be locked to the AT&T network out of the box. Further still, there are no plans to offer a prepaid service for the smartphone, so you’ll still need a post-paid monthly plan.

Will AT&T take on a similar approach with the new iPhone coming this summer? What about Rogers and Fido in Canada?