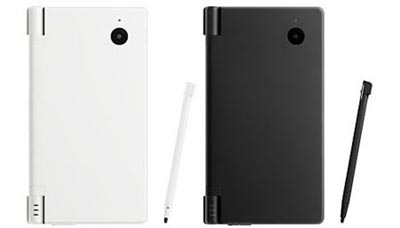 One of the new features found on the Nintendo DSi handheld is the SD card slot, providing a place where you can stash pictures, music, and other content. Possibly in an attempt to keep up with the iPhone and iPod touch, it seems that Nintendo is working on an App Store of some kind for the DSi as well.

Over in London this past week, Nintendo had a Developer Conference where the company said that they are working on an App Store-style storefront where consumers would be able to purchase content for their handhelds. We already knew about the pending availability of DSiWare, much like WiiWare for the Wii, but the App Store takes this concept further.

With DSiWare, we were expected a selection of smaller, simpler games. This would be the same kind of thing as you’d get through Xbox Live Arcade or the Wii Virtual Console, so the DSi could receive rebooted NES titles for example. However, the DSi App Store could go beyond gaming to provide other kinds of applications.

Remember that the Nintendo DSi aims to be more than just a portable gaming machine out of the box. It has dual cameras, a rudimentary image editor, and an integrated MP3 player. These features could be utilized by non-game apps as well.