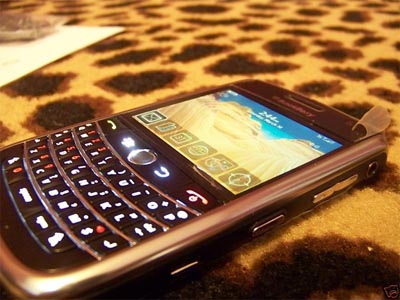 Earlier this week, we got a good look at the BlackBerry Niagara 9630, the CDMA amalgamation of the GSM-sourced BlackBrry Curve 8900 and Bold 9000. At the time, we saw a leaked roadmap pointing toward a Q3 release with Sprint.

Well, if you’re a part of the Verizon crew, you may be able to beat your Sprint buddies to the punch. There is a rumor going around that the BlackBerry 9630 Niagara will hit the red checkmark some time this May. That’s only a couple of months away (and just in time for my buddy in Lake County).

This May release date comes courtesy of an anonymous source “familiar with the plan.” These analysts aren’t being particularly specific, but a May release date is well within the realm of reason, considering that the buggy beta units are already filtering their way onto YouTube.

If the GSM pricing for the Bold 9000 and Javelin 8900 are any indication, I’m going to venture a guess that Verizon will sell the BlackBerry 9630 Niagara for about $200 with a qualifying two-year contract. No word yet on when (and if) this handset will jump over to Telus and Bell in Canada, but they’re pretty likely candidates too.