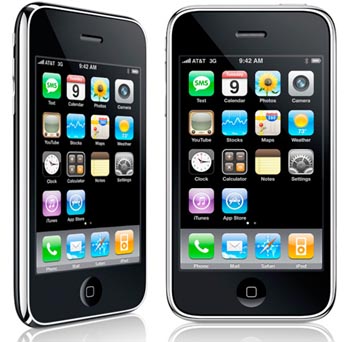 When the first-generation Apple iPhone hit the market, it really revolutionized the way that we approached the cell phone market. When the iPhone 3G arrived, we were introduced to the App Store. We fully expect Apple to unleash a new generation of iPhones this summer and, as it turns out, these new handhelds could come with a very pleasant surprise.

Smarthouse, a technology magazine from Australia, is report ing that Apple has selected a “series” of OLED displays for its next round of handset and netbook screens. Yes, you read that correctly. The OLED displays, reportedly being sourced from LG, could be shoehorned into the new iPhone, new iPod touch, and even the rumored Apple netbook or UMPC.

As you may already know, OLED displays come with a myriad of advantages over their conventional counterparts, but they do come at a price premium. You can expect to get sharper contrasts, more vibrant colors, and improved battery life. This last point will be very welcome by the iPhone community (but maybe not as much by third-party battery pack manufacturers). Considering that iPhone 3.0 will have a lot of battery-intensive features, the OLED screen could lessen the load.

At this point, the capacitive OLED touchscreen for the new iPhone and iPod touch is just a rumor, but it’s a very viable rumor. I guess we’ll find out when the guys from Cupertino take the stage this June or July.