We’ve read all sorts of rumors and seen all kinds of teaser shots, but the good folks at Dell have finally come forward to officially announce the Dell Adamo. This is supposed to be the super fashionable and skinny notebook that can compete directly against the MacBook Air. Does it stack up?

Marketed as the thinnest notebook available, the Dell Adamo squeezes into a 0.65-inch thick profile. That’s pretty darn slim! Featuring a 13.4-inch widescreen display, the Adamo also gets an aluminum exterior and what appears to be a textured surface for style purposes.

In terms of technical specs, the Dell Adamo has a 1.2GHz Core 2 Duo U9300 ULV processor, integrated X4500 graphics, 2GB of memory, 128GB SSD, and an optional module for mobile broadband. There is no internal optical drive, though an external option is made available.

The $1999 base price for the Dell Adamo certainly places it at the higher-end of the spectrum. For comparison, the MacBook Air starts at $1799, but you’d need to add a $500 premium to add the SSD to the Air. The Adamo gets the solid state drive as standard equipment, but the rest of the specs aren’t quite there. The Air has a faster CPU and real NVIDIA 9400M graphics.

There are rumors that Dell is working on a netbook variant for the Dell Adamo as well, possibly competing in the premium end against something like the Sony VAIO P. You wouldn’t want to cannibalize sales of the Inspiron Mini, right? 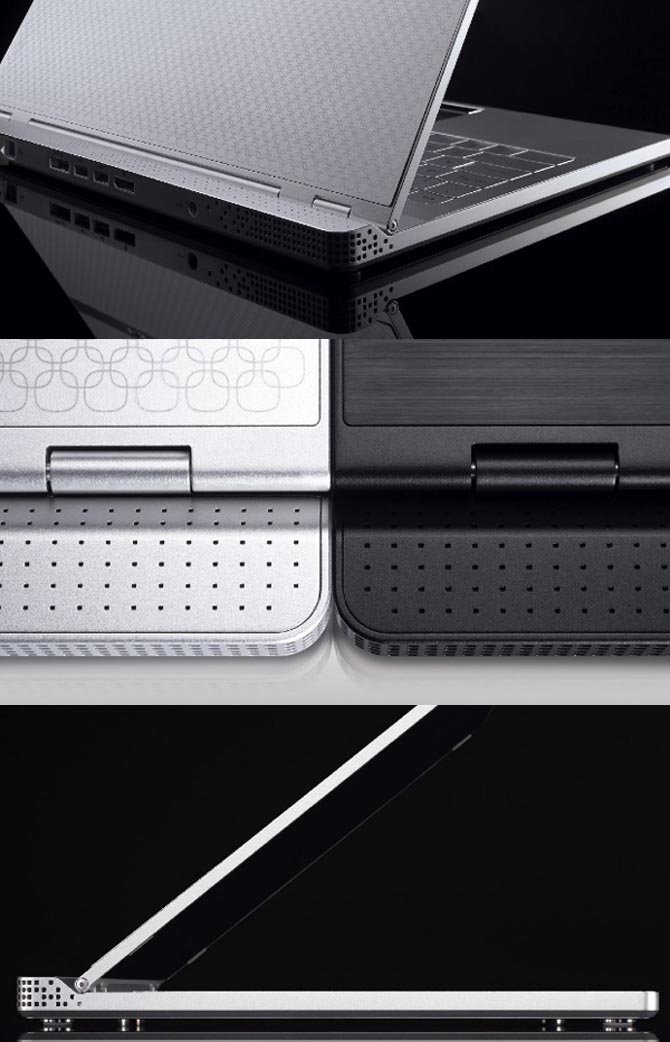