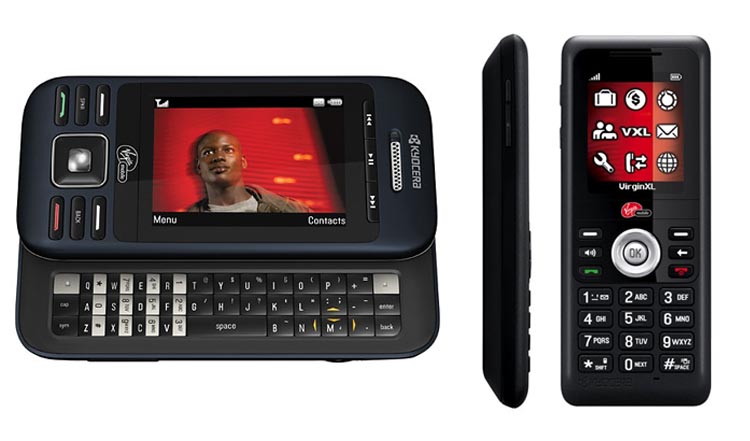 Kyocera is introducing a couple of new cell phones for subscribers to Virgin Mobile and they both appear to hit the lower end of the scale. This makes sense, given that Virgin Mobile is largely about affordability and keeping things as inexpensive as possible.

Keeping up with the push toward QWERTY dumbphones will be the new Kyocera X-tc. It features a large color display and a series of basic controls beneath it, as well as multimedia controls above the display. If you plan on doing any dialing, however, you’ll need slide-out that keyboard. It’s got QWERTY in landscape and some keys are oriented in portrait to offer a numeric keypad.

Other noted features include the QVGA display, stereo Bluetooth, Facebook Mobile, 1.3 megapixel camera, and microSD expansion. The Kyocera X-tc can be found here.

Going even more basic is the entry-level candybar known as the Kyocera JAX. As far as we can tell, this is simply a branded version of the Kyocera S1300 that Cricket got last month. The basics, like a 128×160 pixel display and web browser, are here, but that’s about it. No word on release date.