Well, that didn’t take long at all. The new iPod Shuffle was introduced to the world only two days ago, but we have already found an incredibly detailed dismantling of the latest tiny music player.

The inquisitive types at iFixIt have taken it upon themselves to take apart the iPod Shuffle 2K9, giving us a great look at all the tiny components that make up the minuscule music player. Not surprisingly, the relatively simple player consists of some relatively simple components.

The battery is smaller than what is found on the 2G iPod Shuffle, but you only sacrifice two hours of battery life in the process. That’s still very impressive. Unfortunately, the little robot that reads out your track titles must have escaped during the dismantling process. He could not be photographed.

The contents of the box are really straightforward as well. In addition to the new 4GB player, you get the new set of earbuds with inline controls, some basic documentation, and a 3.5mm-to-USB cable for sync and charging purposes. It should be noted that the cable and dock from the 2G Shuffle do not work with this version.

To get a closer look at the insides of the new Shuffle 2K9, check out the post on ifixit.com. 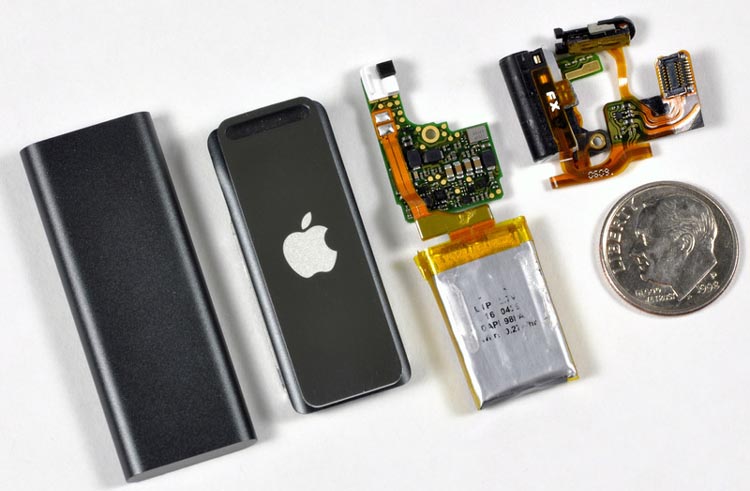