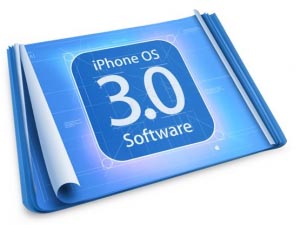 The first operating system version for the Apple iPhone was already pretty revolutionary at the time, letting you swipe through pages and expand websites with a multi-touch interface. With the arrival of iPhone 2.0, you were introduced to the App Store and other nifty things. Well, get ready for the next one.

Apple is hosting a big event next week and everything seems to be pointing toward the unveiling of iPhone OS 3.0. What will the firmware update bring to everyone’s favorite touchscreen cell phone? Naturally, nothing has been confirmed by Cupertino just yet, but the current rumblings say that we will finally get the ability to run background applications.

As you recall, the introduction of applications running in the background was supposed to come a full six months ago, but I guess it’s better late than never. On the wish list of many iPhone owners is the native ability to do copy-and-paste, the native ability to record videos, and so on. These have been rectified through unauthorized apps, but an official Apple solution would be desirable.

At this point, we don’t know much, but we’ll find out soon enough. The Apple event kicks off on March 17th at 10am PST. The jailbreak will probably get released at 11am.