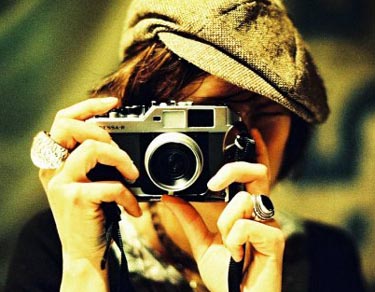 It doesn’t take a rocket scientist to see that the price of entry-level digital SLR cameras have come down substantially in recent years, but that doesn’t mean that every soccer mom is going to want a DSLR. In general and for a number of different reasons, DSLRs tend to produce higher quality photographs than their consumer-minded point-and-shoot counterparts, but the average consumer isn’t as interested in carrying around a larger camera. They want something that takes decent shots and can fit in a jacket pocket.

While your mileage will certainly vary based on the exact point-and-shoot (P&S) digital camera that you use, there are several strategies that you can employ to improve the quality of your photographs. Just because you don’t have a DSLR doesn’t mean that you should settle for a series of mediocre pictures.

Listed below are five basic tips for taking better photos with your digital camera. Yes, even that sub-$100 camera is capable of take a few quality shots.

Depending on your exact model, you may or may not have greater control over how your point-and-shoot decides to take its pictures. On the higher end of the spectrum, you’ll have the ability to opt for near-full manual controls, including adjustments for the shutter speed, aperture, ISO, white balance, and more. On the lower end, you may be stuck with just a handful of different “scene” modes.

If you’re lucky enough to fall closer to the former end of the spectrum, there is a lot that you can do to produce better pictures than what your camera’s automatic settings can produce. For instance, you’ll want to make that aperture as big as possible (meaning the smallest F-stop number) if you find yourself under low-light conditions. Got some fast-moving action? Speed up that shutter and dial up the ISO (but not too far).

2. Shut Off That Flash

Most people just leave the flash on auto and this is usually not the best practice. When you end up with is a big bright spot in the middle and absolutely no background information. What I really don’t understand are when people use a flash at night when they’re trying to take a picture of something quite a distance away. Guess what? Your flash doesn’t reach that far.

It’ll depend on the circumstances, but there are many scenarios where turning off the flash will be a better option. You’ll get more accurate colors, more background information, and an overall better picture. There are a few things that you’ll want to keep in mind when turning off the flash though. The camera will need to be steady for a longer period of time, so use a tripod or some other steady surface. You can also help it along by increasing the ISO, but going too far will result in a lot of noise.

3. Composition and the Rule of Thirds

Don’t always take the same boring angles and have everything perfectly centered in the shot. While you may not always be able to use a bird’s eye view, the worm’s eye view is always available. Don’t be afraid to bring your camera closer to the ground for a fresh perspective. Also, you can try to add a touch of style by giving the shot a slight angle so that the horizon is not perfectly horizontal. Don’t be afraid to experiment.

Also be aware of the rule of thirds. If you imagine the frame being divided into thirds both horizontally and vertically (resulting in nine sections), you can see the four points where the lines intersect. Try placing your subjects at these intersection points.

I love macro mode. I love super macro mode on my Canon even more. Why would you want to take a picture from really far away when you can achieve an incredible level of detail from up close. The cool effect is that your subject will be in super sharp focus while the background gets a little blurred out. You won’t want to use macro for everything, but smaller subjects can really benefit from this concept, especially from more unique shooting angles.

Lastly, digital zoom is garbage. Don’t even bother with it, because it really doesn’t improve your pictures at all. It’s not true zoom, like how optical zoom works, because it just takes the frame and blows it up. That results in a pixelated mess. You’re better off doing some post-processing and cropping in PhotoShop after the fact.