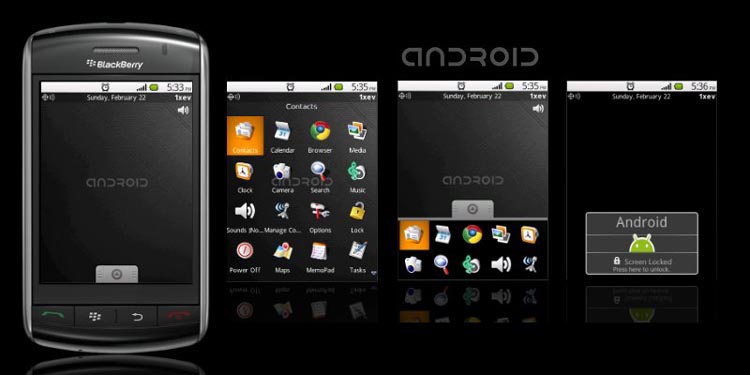 The BlackBerry Storm is pretty revolutionary for the people at Research in Motion, because it’s the first time that they’ve ever included a touchscreen on a BlackBerry. If having that clicking screen isn’t enough for you, you may want to bring that Storm into the Google fold with this port of Google Android.

Before you start freaking out about losing all of that BlackBerry-specific functionality, fret not. This modification does not actually replace the BlackBerry OS in favor of Google’s open-source alternative. Instead, this is just a Google Android-inspired theme for the BlackBerry Storm.

Designed by ecruz, the Android theme for the BlackBerry Storm comes in two versions. The first version gives you the bottom mounted dock on the main screen, giving you quick access to your ten most-used applications. The second version has a Today-Plus theme with five user apps docked at the bottom.

As with all unofficial updates and modifications, install the Android theme on your BlackBerry Storm at your own risk. Find it over at the CrackBerry.com forums.