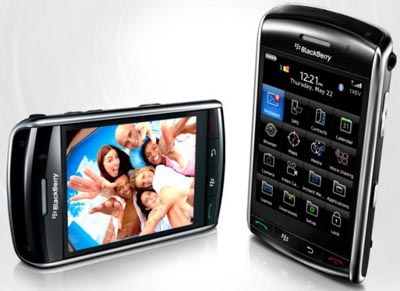 I got into a conversation on Twitter last night where we were discussing the differences between the Apple iPhone and the BlackBerry line of smartphones. I have friends on both sides of the debate and I own neither phone, so I think it’s safe to say that I am a reasonably impartial third party.

On the BlackBerry side, I had one of my friends admonish the iPhone for having a bloated operating system and the lack of expandable memory. On the iPhone side, I had one of my friends remind us that the BlackBerry Bold only has 1GB of internal memory compared to the 8GB or 16GB you get with the iPhone 3G. With eight gigs, you have lots of room for stuff from the App Store. He argued that with just one gigabyte on the ‘Berry, you don’t have as much room for BlackBerry App World applications. I’m not 100% certain, but I believe only internal memory can be used for apps on the BlackBerry.

The debate over whether the BlackBerry line (like the Bold) or the iPhone 3G is superior can go on forever, because neither side is willing to concede. From my perspective, both platforms have their strengths. The iPhone captures that Apple essence of being attractive and (generally) coming with fewer problems. The BlackBerry is better equipped to handle push email and the physical keyboard is preferable to some people.

The one characteristic that keeps coming up, however, is the cool factor. The Apple iPhone 3G is regarded as a hip and stylish handset for people who have a greater sense of style. It’s quite the looker and the iPhone operating system is easily one of the most beautiful mobile platforms available today. By contrast, the BlackBerry has an image of being for the stuffy corporate type.

Yes, Research in Motion has made massive strides in trying to market the BlackBerry line to the general public. The BlackBerry Pearl and Pearl Flip are increasingly popular among non-business users, particularly text-savvy teens and average consumers who want more than a regular phone. The BlackBerry Storm brings a nifty touchscreen to the mix, directly attacking the market currently dominated by the iPhone.

However, according to people like Daniel Morris, that’s not enough. He says, “I’m a BB guy myself, but no matter how much memory you add to this phone, it’s not nearly as cool as an iPhone.” He likes the BlackBerry. He likes being able to use the microSD expansion slot, but he feels that his Berry will never be as cool as the iPhone. Where’s the cool factor? Is a clicking touchscreen cool? Is a SureType-equipped clamshell cool?

The situation that we have here is similar to the “I’m a Mac, I’m a PC” conundrum. Both camps have their advantages, to be sure, but it’s hard for the PC market (or BlackBerry in this case) to compete in the arena of coolness. The Mac is remarkably slick, sleek, and revolutionary-looking. It has both fashion and function. The same thing can be said about iPhone to a certain extent.

The BlackBerry, like a Curve or a Bold, is much more like the PC. It has its job to do, like handling documents and sending email messages, and it’s able to do that job quite well. The general public has a perception of the BlackBerry (and the PC) being all about business and getting the job done. This comes from a long history of BlackBerry being the mobile email device of choice for Wall Street and other professionals. They dug this pit for themselves.

It’s a tough place for Research in Motion, because they want to capture a bigger segment of the market and attract the “hip and cool” customers that are drawn to the iPhone. At the same time, they don’t really want to dilute or misrepresent the BlackBerry brand in such a way as to alienate its existing corporate user base.

Ultimately, I don’t know how the BlackBerry can compete against the iPhone in the cool department. It’s so much more about the marketing than it is about the product itself.