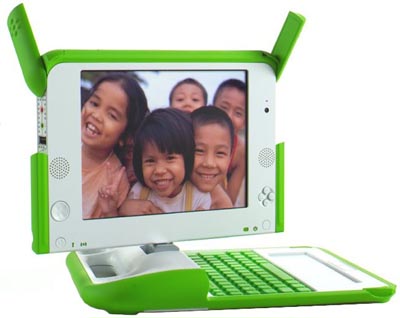 The whole concept of a netbook is still relatively novel, seeing how the first Asus Eee PC didn’t really hit the market until a couple of years ago. The market is still trying to find an identity of its own, but many definitions of what it means to be a netbook have been thrown around for quite some time.

As the industry matures and the manufacturers innovate with new features, the picture gets even more muddled. In the end, I’m not really sure if we can really define what a netbook is anymore, especially when all of these companies are constantly competing to get a leg up on one another.

By and large, it is still very much possible to find a decent netbook from Dell, Acer, and other companies for less than $400, but this is no longer a defining characteristic. If you choose to customize a Dell Mini 9 with a few upgrades or if you choose something like the Asus Eee PC 1000HA, you can expect to pay more than $400.

Going even further, there is an emerging push toward “premium” netbooks like the Sony VAIO P Lifestyle PC. Sony tells us that this isn’t really a netbook, but I think most people would toss the $1,000 device into that category. For a thousand bucks, you can get a reasonably decent notebook, never mind a netbook. Price is no longer a necessary component to being a netbook.

Yes, I know that the first generation of netbooks to hit the market didn’t have access to the Intel Atom processor and instead relied on some Intel Celeron or VIA C7-M action, but the emerging push is toward using Intel Atom. The microprocessor is meant to pack enough of a punch to handle basic web surfing and word processing applications, while holding on to a decent level of battery life.

While the vast majority of netbooks available today do use the Atom processor, there are still a handful that take on a different approach. You’ve got the VIA Nano, as well as the rarer use of even smaller processors, like the ARM units used in certain handhelds.

A general rule of thumb says that Atom is the netbook CPU of choice, but it’s not the be-all or end-all by a long shot.

3. Screen Size of 10-Inches or Smaller

Another major appeal to netbooks is that they are a lot smaller and more portable than their full-sized notebook counterparts. You can more easily toss an MSI Wind or HP Mini-Note into your slingbag that a monstrous 17-inch Dell XPS laptop. People enjoy the light weight and the small footprint.

While the first netbooks only had 7-inch screens, we can safely say that most netbooks are at the 10-inch and under range. Across the range, you’ll find that most have either 8.9-inch or 10.1-inch widescreen displays. However, this is not a hard and fast rule.

You’ve got the MSI X-Slim line with its 13.3-inch screen. You’ve got the Dell Mini 12 with its 12.1-inch screen. It’s no longer the case, it seems, that a netbook has to be smaller than a regular laptop. There are real “subnotebooks” with 11-inch or 12-inch screens that are much more powerful than 12-inch and 13-inch netbooks. Moving forward, somehow I wouldn’t be surprised if we started seeing 15.4-inch netbooks. Wouldn’t that be the day?

Thus far, this general characteristic has largely held up in the netbook market. Mostly because of their smaller size and partly because of their lowered cost, netbooks typically do not have an optical drive whatsoever. Instead, any external connectivity is usually done through the available USB port through which you can connect an external DVD burner as needed.

I think as soon as a netbook gets a DVD drive, it’s not really much of a netbook anymore, is it?

And this is starting to fall into a gray area too. By and large, netbooks are meant to be smaller versions of their laptop cousins, giving you a full QWERTY keyboard and a widescreen display. That said, there are offerings like the Asus Eee PC T91 that rock a touchscreen display, taking on the same form factor as a convertible tablet. Is it still a netbook, since it still goes with a small screen and an Atom processor? That’s debatable.

I think a big key to being a netbook is having a real keyboard, even if it is not full-sized. That’s what differentiates a netbook from a MID or a UMPC. I don’t think too many people would confuse an OQO Model 2+ or a Nokia N810 for a netbook, though they take on much the same kind of functionality.

The Impossibility of a Standard Definition

Yes, it’s partly semantics, but it also has a lot to do with marketing and how the industry arranges itself. We want to know how we can differentiate a netbook from a notebook, UMPC, tablet PC, MID, or even from a smartphone. The lines are blurrier than ever, so we may just have to go with a gut reaction when deciding whether a particular device is a netbook or not.