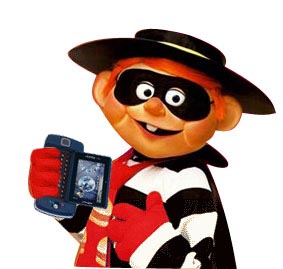 There were more than 300 cases of stolen Sidekicks in 2008 alone, accounting for about 14% of all robberies in the area. This is a little surprising, considering that the Sidekick has never reached the upper echelons in terms of being the more popular phone being purchased, having never broken into the top five for sales.

In this way, even though there aren’t as many Sidekicks on the street as something like the iPhone, the Sidekick is more likely to be stolen. You’ve got to wonder why this is the case. Is it just that BlackBerry and iPhone owners guard their technology more carefully, whereas the Sidekick is typically more popular among careless teenagers? That’s just conjecture, but it could be a possibility.

So, the next time you happen to see the Hamburgler busting through the street stealing cell phones, you may want to tighten your grasp even further on your Sidekick. He’ll target your phone over the others, it seems.