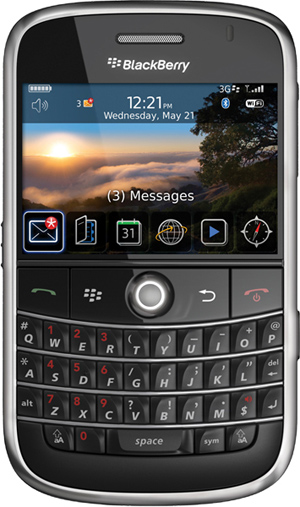 Some people in Japan may have gotten pretty excited about getting the BlackBerry Bold from NTT DoCoMo, but it seems that the phone could be burning a hole through their pants. Quite literally.

All sales of the Bold through DoCoMo have been suspended due to issues related to overheating. The BlackBerry Bold launched with the Japanese carrier late last week and they have sold about 4,000 units thus far. Over the same period, they received over 30 complaints about the keypad getting really hot during charging.

The exact cause of the overheating has not been determined, but NTT DoCoMo figured that it would take the safe route and get Research in Motion to fix things before proceeding any further. The only major difference between the Japanese Bold and the Bold that we get is the inclusion of quad-band HSPA. I guess those extra bands are too much for the phone to handle.

RIM says that faulty batteries are not at the source of this problem, but they did not indicate exactly what is causing the Bold to get so darn warm.