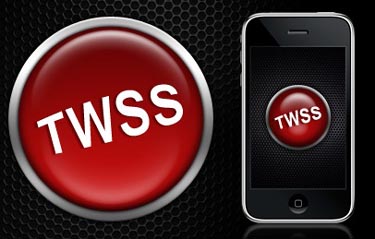 The App Store for the iPhone can be a great source of entertainment, but it’s also filled with a lot of uselessness. I have a feeling this latest offering falls into the latter category.

Far too many of us are all too familiar with the hugely popular iFart app for the iPhone. In case you’ve been living under a rock, iFart leads out a flatulence-inspired sound when you hit the big red button. This new app takes on the same idea, except it belts out “that’s what she said!” when you hit the red button.

Yes, this may be one of the most versatile jokes on Earth, especially if you ask someone like Michael Scott from the Office (YouTube clip), but it gets old pretty quickly. Further still, how lazy can you be that you’d whip out your iPhone, boot up the app, and then hit the button rather than just saying those four simple words yourself.

On the brighter side, the That’s What She Said (TWSS) iPhone app is available for free. You can touch it as many times you’d like… That’s what she said!