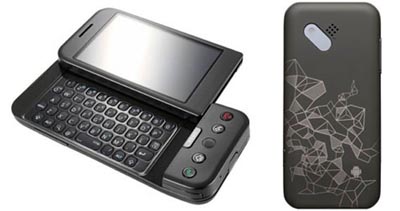 In one of the stranger twists of irony in recent memory, it seems Google has decided that owners of the Android-powered Google Dev Phone 1 will not be able to purchase paid applications from Android Market. Yes, the exact same applications that they are developing and selling through said market.

As you may have heard, the Android Market recently opened its doors to paid apps and all the developers, including those who are using the Google Dev Phone 1, couldn’t be happier about the possibilities. While they are allowed to develop and post their apps in the Market, they won’t be able to purchase any of those paid apps. In this way, they can’t even buy their own app if they wanted to.

Why is this? It seems that Google is trying to prevent application piracy. The Google Dev Phone 1 is completely unlocked, not only allowing you to use any GSM SIM in the world, but also granting owners access to the handset’s root directory. In doing so, “developers” could extract and pirate those applications.

The other scenario includes payment fraud. With the Google Dev Phone 1, a developer could buy an application, copy it over to a computer, request a refund (and Android Market is pretty lax about that), and then transfer the app back after the fact.

This stinks for developers (and regular enthusiasts) who want to buy some paid apps for their Android phones, but I’m thinking that a hack is probably already in the works to get around this roadblock.