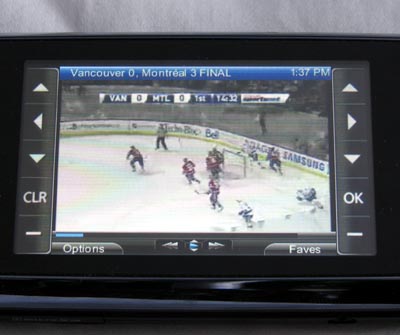 I live in a hockey town, so a lot of the people around me (myself include) live, breathe, eat and sleep hockey. I’ve been a fan of the Vancouver Canucks before it was popular to do so and it really pains me when I happen to be stuck in truck, sitting in the dentist’s office, or otherwise away from a television when I know that there is a game on.

If you’re rocking any kind of phone with mobile web access, it’s not hard to hop onto some website to get the current score and some text-based highlights, but it’s just not the same as hearing and seeing the game. Bell Mobility understands and that’s why they have some exclusive access to NHL content on their phones.

This isn’t just a mere scoreboard. You get video highlights, live radio feeds, and even live video feeds. To check out what this whole Bell NHL Mobile thing was all about, I was provided with an LG Voyager. That’s the same feature phone that I reviewed last year (albeit it was the Verizon version), so you can read that review to know more about the particular handset. Today’s review will focus exclusively on the NHL content.

Shoving the National Hockey League in Your Pocket

The exact way that you access the suite of NHL multimedia content from Bell Mobility, the NHL, and the NHLPA will depend on your Bell handset of choice. I can only speak from the perspective of the LG Voyager, though the suite is also available on the Samsung Instinct, HTC Touch Diamond, BlackBerry Storm, and other similar phones.

This package of hockey goodness is above and beyond a regular data plan and it starts at $8 per month. Should subscribers opt for the Unlimited NHL Bundle, they gain access to at least six types of content. Let’s go through them one at a time.

Did you happen to miss the big game and TSN is showing baseball instead of hockey highlights. Access the highlights right from your Bell phone, getting period, post-game and team highlights. This is on-demand, so you just navigate through the multimedia menu to get to your chosen set of highlights. The video quality isn’t exactly HDTV quality (or even TV quality for that matter), but it’s reasonably watchable. It can be a little hard to spot the puck though.

You may have a sports radio station in your area that covers the home team games, but what if you happen to be a fan of someone else? What if you’re in Toronto but you’re a die-hard Habs enthusiast? With NHL Audio, you can listen to all NHL games live. That’s all NHL games. The commentary comes from the radio station local to the current game.

For more of a nightly roundup kind of feel (at any time in the day), there is NHL on Demand. Like the video highlights described earlier, these clips feature videos from the night and the week. You can see the game of the night, moments of the week, player features, expert insights, and more. These short clips can come in handy when you’ve got some time to kill waiting for your dinner to arrive. 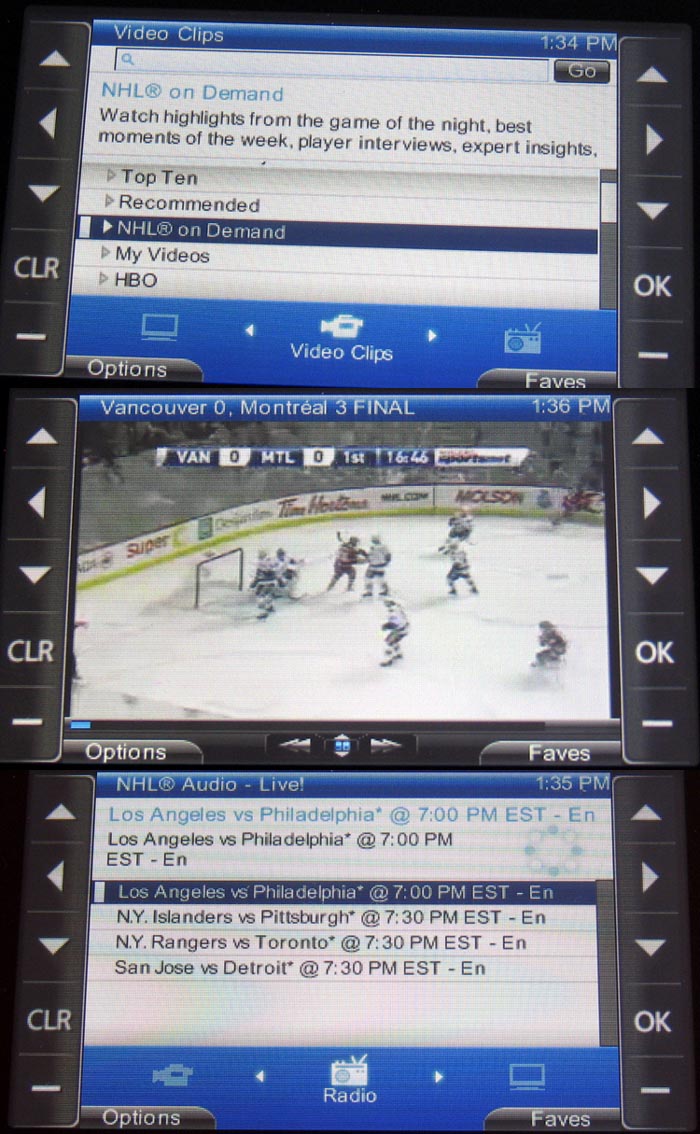 This is clearly the main draw of Bell’s NHL content. Highlights after the game aren’t nearly as interesting as watching the game live. NHL Centre Ice Mobile converts your cell phone or smartphone into a mobile TV device, streaming the video over the wireless data connection. Naturally, the 3G handsets are where this feature shines, though the video quality is still sub-par at best. This can be expected, I suppose, since a higher quality video feed would suck up a lot of bandwidth.

It should be noted that not all games are available through this feature and there may be some local blackouts and other restrictions in place.

There’s nothing too exciting here, unless you love downloading NHL-themed ringtones and wallpapers. I guess there’s an appeal there, but it’s not that big of a deal to me. I’d rather watch the live game.

Do you have a particular team or player that you’d like to follow. Instead of having to boot up the NHL Mobile application every few minutes to see if there is anything new, you can configure the system to send you an official real-time text message alerting you of any news regarding your favorite team or player. These are unlimited as well.

For the die-hard hockey fan who just can get enough pucking action, the NHL Mobile content packages from Bell are certainly worth considering. Getting quick video highlights on the fly is great, but watching (and listening to) live games is where you really get your value here. I wish the video quality was better, but beggars can’t be choosers when they’re away from their home theatres.