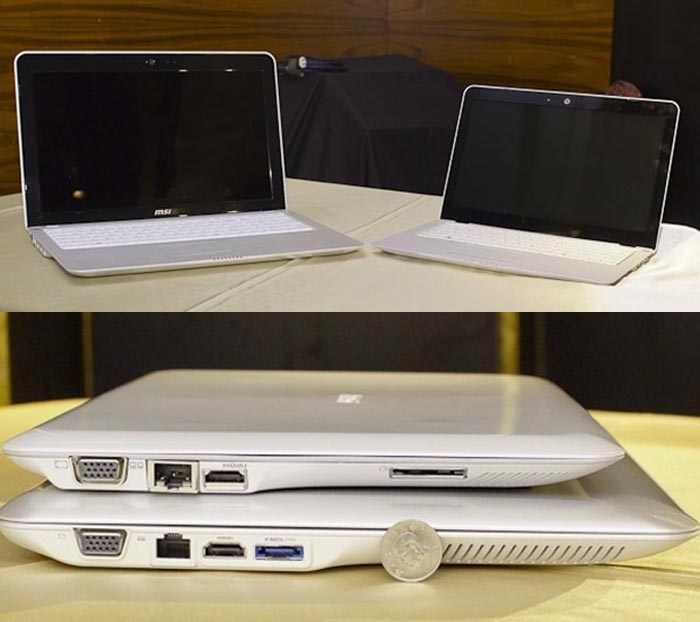 Back at CES in Las Vegas, we were shown the MSI X320 for the first time, showing us how MSI was going to take on the market currently occupied by the MacBook Air. The similarities were undeniable and it seems that MSI’s X-Slim series is about to grow with a couple new introductions.

In addition to the MSI X320 that we had already seen, it seems that MSI wants to broaden the X-Slim line beyond the netbook arena with a couple of full-sized notebooks. Well, they’re full-sized in terms of their screens, but they’re just as skinny as the first MacBook Air Clone.

The smaller of the two is the MSI X340, which is presumably an upgrade over the X320. It should tip the scales at about three pounds and feature a 13.4-inch widescreen display. In keeping with high-def multimedia, the X340 will also come with an HDMI port, as well as an Intel Centrino 2 CPU. The X340 should cost under $1,000.

The MSI X600 takes on nearly the exact same appearance, but it comes with a larger 15.6-inch display. The slightly odd dimensions lead us to believe that the screen is a 16:9 aspect ratio for all your HD movie watching desires. There’s also an eSATA connector on board. Look for it to tip the scales at 4.6 pounds, but we haven’t heard how much it will cost yet.