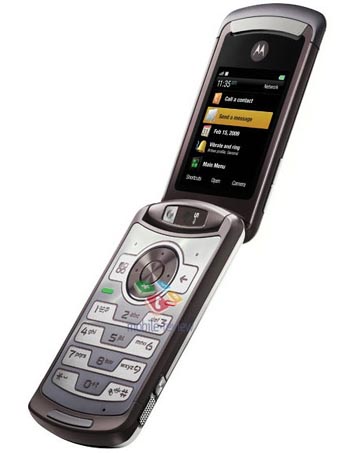 The first Motorola RAZR really brought the company back into the forefront after facing some stiff competition from Nokia and other entries into the mobile phone market. The RAZR was hugely innovative and popular at the time, because it was so different than anything else out there. That slim profile was hugely alluring.

Motorola hoped to capture the same kind of excitement with the second RAZR2, but that didn’t really pan out quite as planned. Did they really think that the RAZR3 would be able to turn things around? Apparently not, because it has now been revealed that the Motorola RAZR 3, known in some circles as the Ruby, will no longer come to pass. The project has been tossed into the deadpool.

The once proud Moto has decided that they are going to concentrate on something else, since the RAZR 3 “Ruby” really doesn’t bring that much in terms of novelty to the table. It’s essentially the same RAZR in a slightly different (but still thin) package. Motorola has also announced that it won’t be doing anything with Symbian either.

You may have heard that there is some restructuring going on with the mobile division at Motorola and the trashing of the “Ruby” project is just a part of the cleanup process. Where will they go from here? Only time will tell.