It’s easy to drool over phones like the new OmniaHD and HTC Touch Pro2, but there’s a whole other end of the market that remains largely untapped. Entry-level phones for developing markets can be a huge boon for cell manufacturers. Vodafone recognizes this and is attacking the cheaper end with a slew of cheaper phones.

While Vodafone has some higher end phones being shown off at MWC, the company also has its fair share of lower-end handsets as well. For example, the Vodafone 735 gets a smaller color display, mobile Internet, email, Google Maps, and Vodafone messenger. It’ll hit Europe in the Spring.

The Vodafone 235 is much the same way, except even cheaper. You only get 2G connectivity and a 1.5-inch display, so don’t expect to do much in terms of high-end functionality. There is a FM radio there, though, as well as some rudimentary games. It’s being targeted at developing markets.

To really see the cheapest of the cheap, you have to consider something like the Vodafone 135. This candy bar is “designed to make mobile communications affordable in developing markets.” Color display? Not a chance. What you get is a two-line monochromatic display for calls and texts. And that’s about it. The Vodafone 135 ships in the summer. 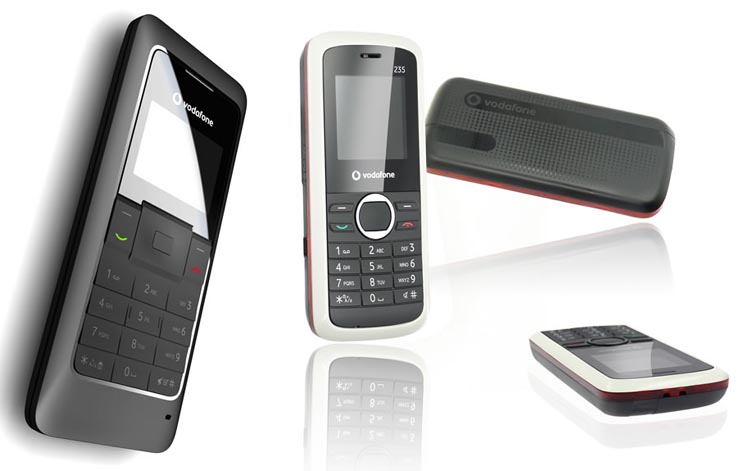