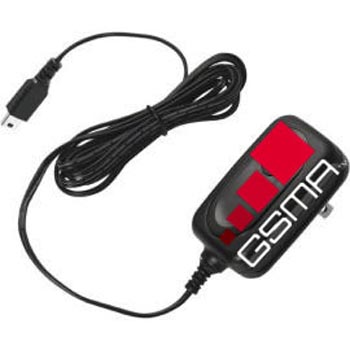 I need not remind you of the frustration caused by all of these different charger tips. If you’re moving from a Motorola to a Samsung, a BlackBerry to a Nokia, or between just about any two mobile phone manufacturers, there’s a good chance that you’ll be using a brand new charger. This is not only frustrating for you as the consumer; it’s also pretty bad for the environment to have all of that extra junk when you change phones.

The GSMA is finally recognizing the problem with having all of these different kinds of chargers, so it has announced that most manufacturers will standardize their mobile chargers by 2012.

The deal was brokered with “leading handset manufacturers and network operators.” As a result, most cellular phones will fall under this agreement, but not all of them. You’ll still have some companies that stay away from the consortium, but most of the major brands should play along.

According to the GSMA, “cast-off chargers currently generate more than 51,000 tons of waste a year.” We ditch our chargers when we get new phones, but if they all use the same proposed Micro-USB charger tip, we won’t need to do that anymore. Also, this proposed charger will consume up to 50% less power and provider greater convenience to the end-consumer.

Did you forget your charger at home? If this passes, you’ll be able to share chargers with your travel companions. Seventeen companies have signed up thus far, including LG, Motorola, Nokia, Orange, Sony Ericsson, Telstra, and Vodafone.