Danger, Will Robinson! Danger! Oh wait, it’s the good kind of Danger (with a capital D), because here is one of the first live glimpses at the upcoming SideKick 2009.

You have known this messaging-centric handset by its “Blade” codename for the last little while, but it seems that SideKick 2009 will be the phone’s official name when it launches a little later this year.

We think this is a legitimate photograph of an engineering unit, but because the development cycle is far from over, there may still be some minor changes to the design and layout before the phone hits the retail channels in a few months.

The overall design of the SideKick “Blade” 2009 is, naturally, very similar to all the SideKicks that preceded it. You still get the same QWERTY keyboard, trackball, and landscape-oriented display. We hear that it may be the first SK with 3G, which is a definite plus.

Nothing has been confirmed yet, but the current word has the SideKick 2009 launching in the Fall, barely making it into the “2009” part of its name. 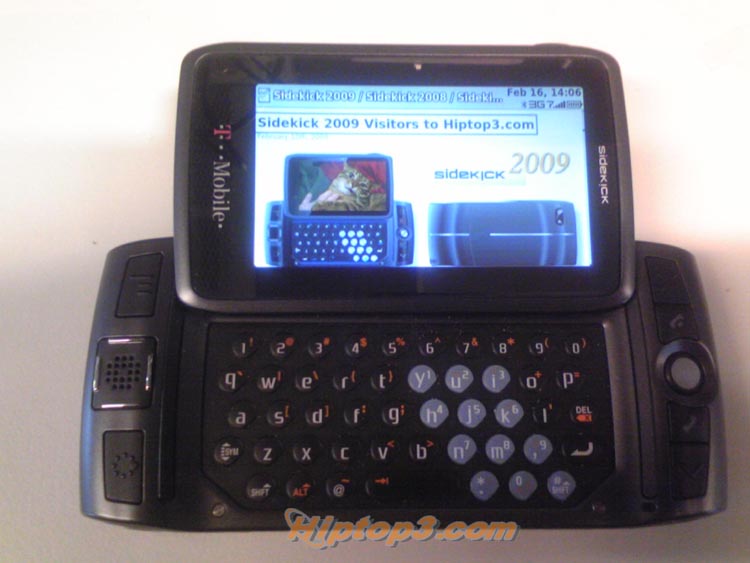