Over at the Mobile World Congress in Barcelona, HTC has at least a couple of new entries for us to consider. The original HTC Touch Diamond and HTC Touch Pro are remarkably attractive and sleek handsets, so it only makes sense that their successors take this sleekness to a whole new level.

The second generation HTC Touch Diamond (which we know as the Diamond2) features a similar slick black casing, but there is an aluminum-looking section near the bottom for the hard keys. You’ll also notice that it gets a larger WVGA touchscreen display, better battery life, and deeper interface changes. The big 3.2-inch screen represents a 0.4-inch growth from the first phone.

The new HTC Touch Pro2 is much the same, as you can imagine, taking on the same changes as the Diamond2 while adding the expected slide-out QWERTY keyboard into the mix as well. The screen grows to a full 3.6-inches as well. For both phones, the TouchFlo 3D user interface reaches deeper into Windows Mobile 6.1, so you don’t see much of the Microsoft-ness as you navigate through the phone’s features.

Rounding out the highlights are an SD expansion slot, a new 5-megapixel autofocus camera, and the abandoning of the touch wheel.

Look for European and Asian launches to come in early Q2 with the rest of the world following sometime in the second half of the year. 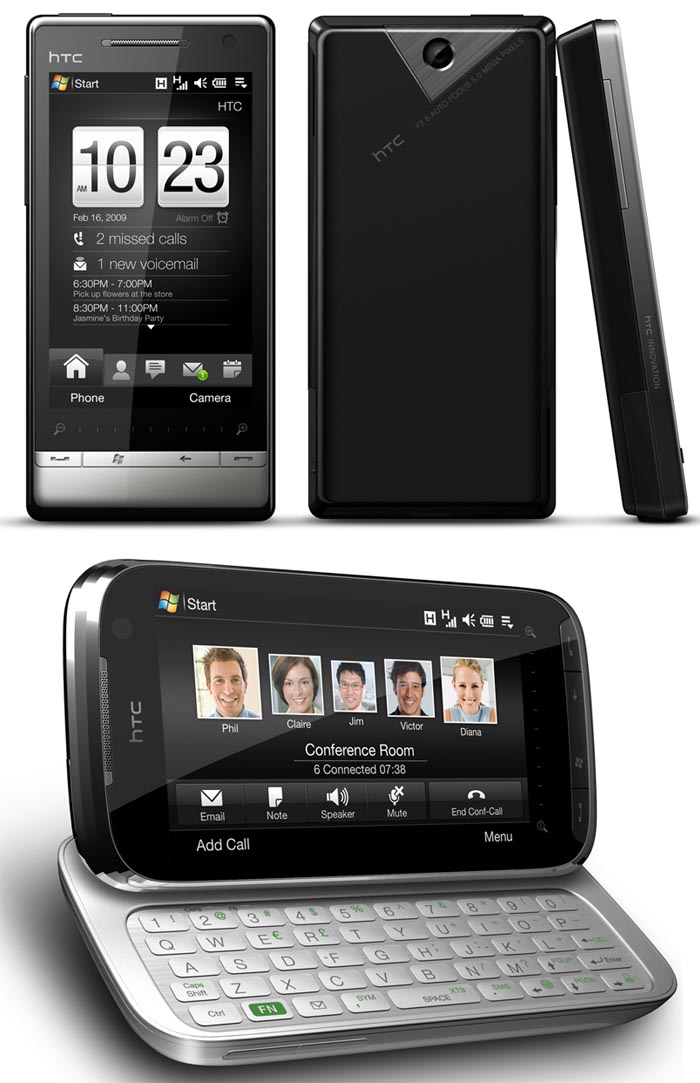