Our fascination with the latest in gadgetry has a pretty negative effect on the environment. We use up so much electricity and toss so much e-waste into the landfills. Samsung recognizes the need to clean up the planet and they’re doing this with the all-new Blue Earth solar-powered touchscreen phone.

This handset has quite a bit going for it. Featuring a user interface that is somewhat reminiscent of Google Android, the touchscreen cell phone takes care of the environment in more ways than one.

For starters, the back side of the Blue Earth has been outfitted with a large solar panel. They say that this panel will be able to generate enough electricity to make a phone call any time that you want. Presumably, you’ll need to holster the phone to the outside of your pants to do that, because not too many of the sun’s rays will be able to penetrate your backpack or pocket.

It’s also very notable that the Samsung Blue Earth has been constructed from recycled plastic. The PCM is extracted from water bottles. The phone can be set in “Eco Mode” too to lower the screen brightness, reduce the backlight duration, and shut off the Bluetooth.

Look for the Samsung Blue Earth to hit the UK in the second half of this year. 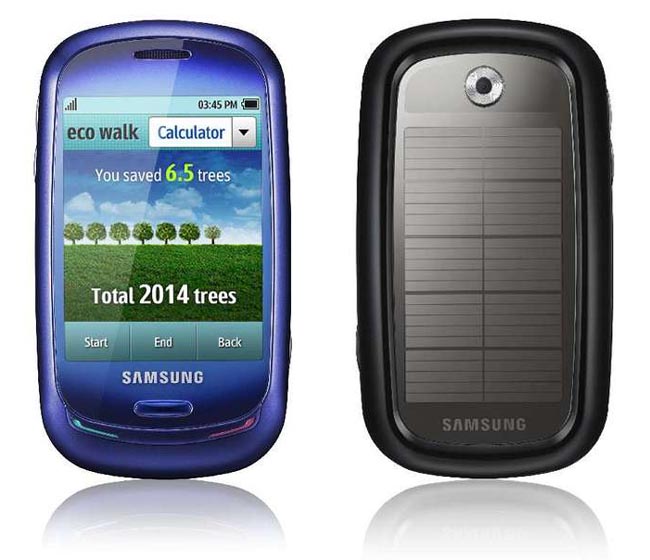