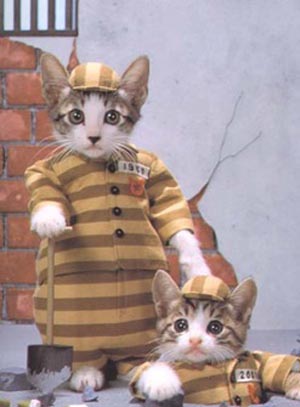 Most of us know that diving into the pirate software and media market can get you into some trouble with law enforcers, but we thought we were pretty safe taking our iPhones out of the shackles of Apple. It’s fairly common for people to jailbreak their iPhones, because they want access to a bunch of unauthorized applications. As it turns out, this practice is illegal.

Apple went over to the United States Copyright Office, telling the judicial types that “jailbreaking an iPhone constitutes copyright infringement and a DMCA violation.” This is the first time that Cupertino stepped forth with a formal public statement on how the company feels about the whole practice of jailbreaking iPhones.

Apple says that this infringes on their copyright, because jailbreaking depends on “modified versions of Apple’s bootloader and operating system software.” While reverse engineering to foster interoperability is fine, Apple says that “opening the iPhone to independently created applications will compromise safety, security, reliability, and swing the doors wide for those who want to run pirated software.”

In a sense, Apple is taking a preemptive strike against piracy and they’re also playing big brother to protect us from security risks. Sounds like they want us to stick with the App Store, just like what DRM does with (most of) iTunes.