We already have some familiarity with the nuvifone G60, but they did say that the partnership between GPS guru Garmin and smartphone extraordinaire Asus would result in more than just one handset. That expansion on the nuvifone line has now occured.

Joining the nuvifone G60 is the all-new Garmin-Asus M20, a colorful smartphone powered by Windows Mobile 6.1. Not surprisingly, it comes with a whole lot of GPS navigation and other direction-focused functionality courtesy of Garmin. That is the point of the nuvifone series, right?

Available in your choice of yellow, red, blue, or black, the Garmin-Asus M20 features a 2.8-inch touchscreen display, GSM, HSDPA for data, Wi-Fi, Bluetooth, a 3-megapixel camera with geotagging, microSD slot, and either 4GB or 8GB of internal memory. When you’re outside of your cellular network, the M20 will also work as a standalone GPS navigation device.

Garmin and Asus were not exactly forthcoming with release information, but they did mention that the pricing and launch date will be announced some time during the first half of this year. For more on the Garmin-Asus Nuvifone M20, check out garminasus.com. 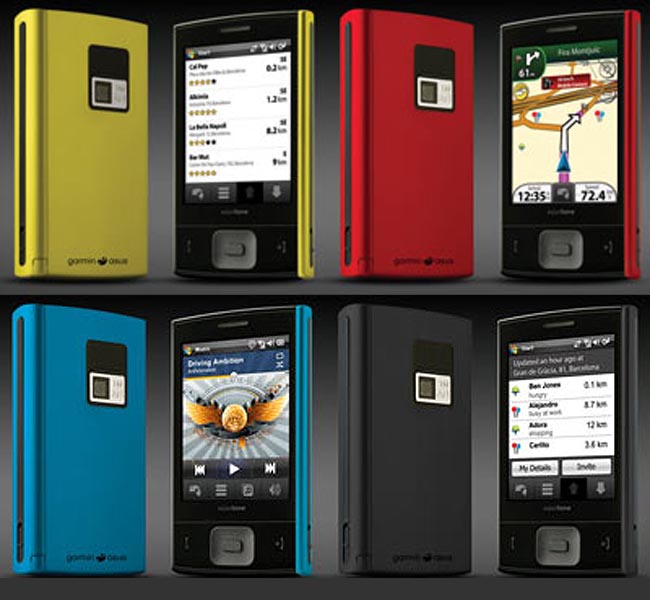