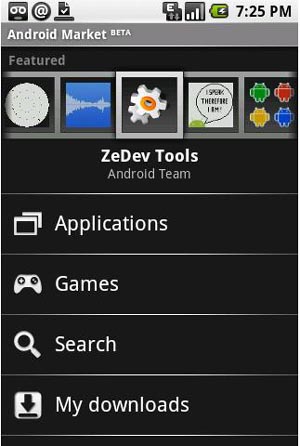 I’m not sure if we are making a mountain out of a mole hill here, but it seems that the ability to sell paid applications in the Android Market has finally arrived. Or, it will very, very soon.

While the main article at the Wall Street Journal talks mostly about Microsoft and how the company is doing to “bolster” its cell phone strategy, there is a very juicy tidbit all the way in the last paragraph. It’s almost an after-thought, but it’s easily worthy of an article on its own.

We may have to take this report with a grain of salt, because no specific source was cited, but the last paragraph on the WSJ article reads as follows:

Google, too, hosts an application store, dubbed the Android Market, for phones running its Android mobile operating system, the first of which is the G1 from Deutsche Telekom AG’s T-Mobile USA. This week Google will start allowing developers to charge for software sold through the Android Market, according to people familiar with the matter.

When the Android Market first opened its virtual doors last year, they only allowed free applications to be distributed through its storefront. They told us that paid apps would be on the way, but they never gave a specific date. If this article is to be believed, the paid apps will be coming this week. It’s already Wednesday, so they’ve only got a couple of business days to go.