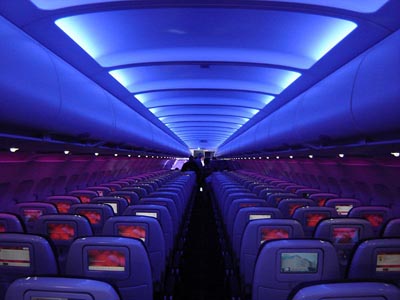 It may involve more hyphens than I’d prefer, but the satellite-based in-flight Wi-Fi service has officially been deployed by Southwest Airlines as of today. That means that you can continue reading Mobile Magazine and Beyond the Rhetoric while several thousand feet in the air.

The in-flight Internet service isn’t quite ready for full public consumption just yet, but today will mark the first set of tests. The service is set to “go live” on one of Southwest’s flights next Monday. Three more planes will be equipped by next month. The wider rollout won’t happen for some time, as they’ll be in beta mode for “several months.”

It should be noted that the in-flight Wi-Fi service from Southwest will be satellite-based. What this means is that you will continue to have Internet access while over large bodies of water. By contrast, the service provided by Aircell requires the plane to fly above ground for it to work.

We’re not sure when the in-flight Wi-Fi will get out of beta for Southwest Airlines, but CEO John Guidon is saying that it will cost less than $10 a day. That’s a small price to pay for some decent in-flight entertainment.