It seems that the first touchscreen phone from Nokia will be making its official debut on our side of the pond by the end of the month and it will come equipped with all the North-America friendly bands that we require.

Taking a peek through the FCC filings for the handset, it is indeed confirmed that the 5800 XpressMusic (which you may have known more intimately as the Nokia Tube) will be offered as a NAM with US 3G bands. There’s no word on a carrier pickup just yet, so the phone will likely come in unlocked form through the Nokia flagship stores first.

If the rumors are to be believed, the Nokia 5800 XpressMusic will be landing on our shores by the end of the month. More specifically, we’re expecting a launch on February 26th with an unsubsidized price of $399. This is a touch (no pun intended) more expensive than the version that is selling in Europe, but you want those US-friendly 3G bands, right?

Not surprisingly, Nokia neither wanted to confirm or deny the rumors of the pending launch, so we’ll just have to sit tight before we can get our hands on some Symbian touch action. 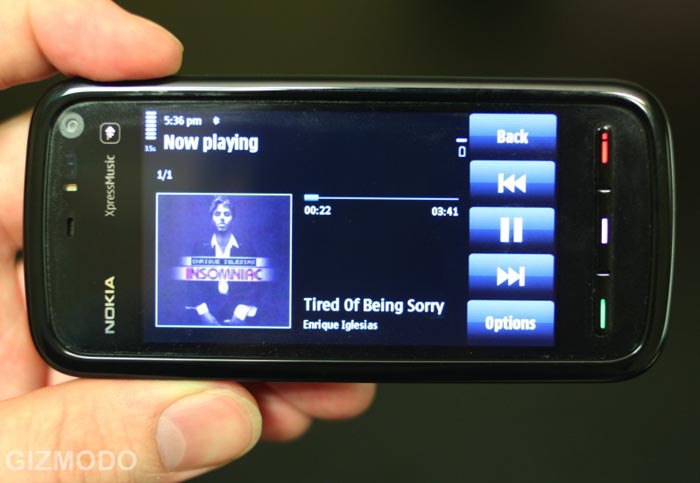