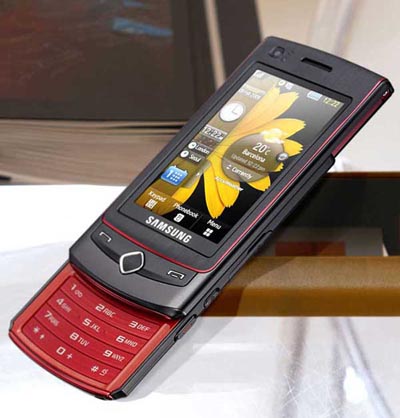 Samsung is quite proud of its TouchWiz user interface, but the newly announced UltraTOUCH S8300 takes the UI to a whole new level by adding a smorgasbord of juicy features. For starters, you don’t get a regular old touchscreen here. Instead, the S8300 is equipped with a beautiful 2.8-inch AMOLED touchscreen. It’s anti-scratch, anti-smudge, and anti-ugly.

In keeping with Samsung’s design philosophies, the Samsung UltraTOUCH S8300 sticks to the slim side of things with its thin 12.7mm profile. The TouchWiz user interface lets you customize the home screen with widgets, but what about when you want to make a call? That’s when the slide-out numeric keypad comes into play, much like the non-touchscreen Samsung sliders that preceded it.

Shutterbugs will totally love this phone too, because it comes loaded with an 8-megapixel digital camera, including dual LED flash and 30fps VGA video recording. Other highlighted features include 7.2Mbps HSDPA, GPS with geo-tagging support, and plenty of multimedia support.

No word on pricing or availability at this time, but if you happen to find yourself over in Barcelona for the Mobile World Congress, maybe you can irk some slip-ups out of the Sammy reps there.