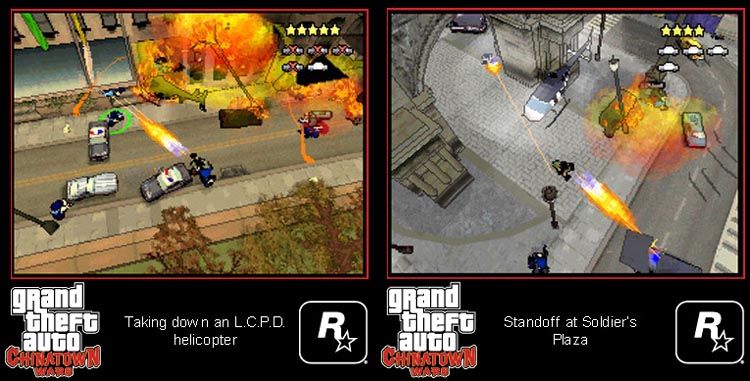 Over on the Nintendo DS, you’ll find a lot of family friend fare like Brain Age, Nintendogs, and Animal Crossing. That’s not to say that the DS is completely devoid of more mature content, because we’re about to get treated to some real Rockstar action.

I don’t think I was alone in my apprehension when I first heard about Grand Theft Auto: Chinatown Wars for the Nintendo DS, but based on these first impressions, my apprehension wasn’t all that warranted. In fact, according to Nicholas Deleon of Crunchgear, this game is going to be totally “worth it.”

The provided screenshots may give the impression of a 2D top-down experience not unlike the first few iterations in the Grand Theft Auto franchise, but the gameplay is actually quite three-dimensional. The development comes from Rockstar Leeds, the same studio that produced Liberty City Stories and Vice City Stories for the PSP. They know how to translate the massive depth of GTA to the confines of a handheld.

Also, while the name of the game is Chinatown Wars, you actually have full access to the entirety of Liberty City. Venture outside of Chinatown to find Bohan, Dukes, Broker, and Algonquin. As with other GTA games, the action is pretty open-ended with taxi missions, carjacking, and gun fights with the cops. In fact, police chases are more action-packed than ever before. Very cool.