Late last year, we caught wind of the Sega Vision. It didn’t represent Sega’s official re-entry into the portable video game market, however, we were left scratching our heads over what Sega was trying to accomplish with the thing. We’re still a little confused.

We weren’t so such about the legitimacy of the Sega Vision when it was leaked last year, but it turns out that the Vision is very real. It was on display at the ATEI show in Europe and, from what I can tell, it’s just as disappointing as I suspected.

The Sega Vision is not the second coming of the Game Gear. Instead, it’s just another generic portable MP4 player, sourced from some random manufacturer in China. It’ll play MP4 video, MP3 audio, images, eBooks, TV, and radio, as well as take pictures with the 1.3-megapixel camera on the back. The original plan included low-end flash games, but that has been taken off the list for the time being. Sega Prize Europe decided these weren’t good enough.

Measuring about the same size as a 30GB Video iPod, the Sega Vision only has 2GB of internal memory. Thankfully, that can be expanded via the microSD slot. An early hands-on revealed that the screen was “remarkably clear” and the TV tuner resulted in a picture that was “very watchable.”

How much does it cost? Well, the Sega Vision might only cost you a buck (and a trip to Japan), because the only place where you’ll be able to spot the handheld (for now) is through Sega’s UFO Catcher arcade machines. 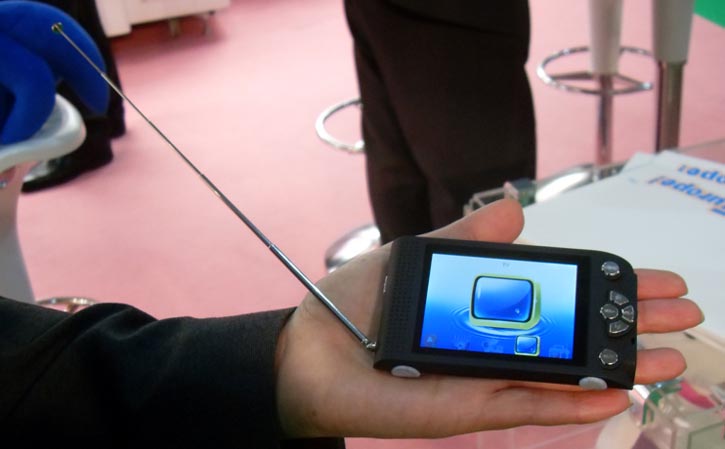