The lines between what is a camera and what is a camera phone are really starting to blur with the official announcement of the new Samsung Memoir for T-Mobile. If you take a look at the back side of this cell phone, you’d swear that it was one of Samsung’s standalone point-and-shoot digital cameras.

Word about this handset had been circulating for a little while now, but the official unveiling and announcement makes it that much more real. It’s not just the megapixel count either, because the 8-megapixel camera on the Samsung Memoir also comes with 16x digital zoom, Xenon flash, autofocus, and a bevy of direct integration with services like Flickr, Kodak Gallery, Photobucket, and Snapfish.

Outside of the shutterbug end of the equation, you’ll also find the Memoir comes with high-speed 3G connectivity, aGPS, Stereo Bluetooth, a full suite of multimedia applications, and that cool TouchWiz user interface from Samsung. It’s looking pretty hot, especially with that large touchscreen display.

T-Mobile and Samsung did not specify as to when the Memoir would hit store shelves, but the current rumblings are pointing toward a possible release date of February 25th. Expect it to cost about $299 with a contract. 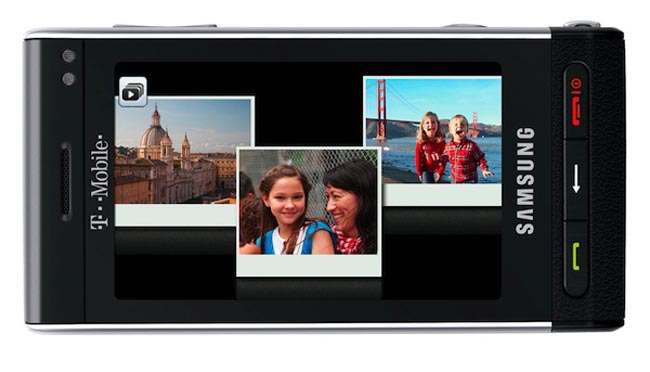