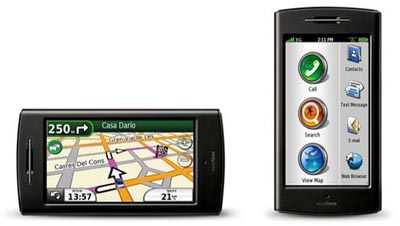 Many of us have been sitting on pins and needles in anxious anticipation of an Asus Eee Phone, but that’s not going to happen anymore. Instead, the Eee PC manufacturer has formed a strategic alliance with Garmin to sell the nuvifone G60.

You may remember the handset as the Garmin nuvifone when it was officially announced last year. It’s been delayed several times already, but with this new partnership with Asus, we should be able to see the newly christened nuvifone G60 sooner rather than later. They’ve even launched a new website for the partnership.

The relationship between Garmin and Asus will not end with the nuvifone G60 either as they are promising to deliver “several devices” in 2009, one of which may get unveiled at Mobile World Congress this month. Not surprisingly, the nuvifone line will be navigation-focused. It also seems that the phones will be co-branded, much like Sony Ericsson cell phones.

During the press conference earlier today, Asus said that it has not decided on the operating system just yet, but they have “expertise” in Windows Mobile, Android, and Linux, so they could take any number of directions. Ha, directions. See what I did there? Navigation… directions… Ah, never mind.