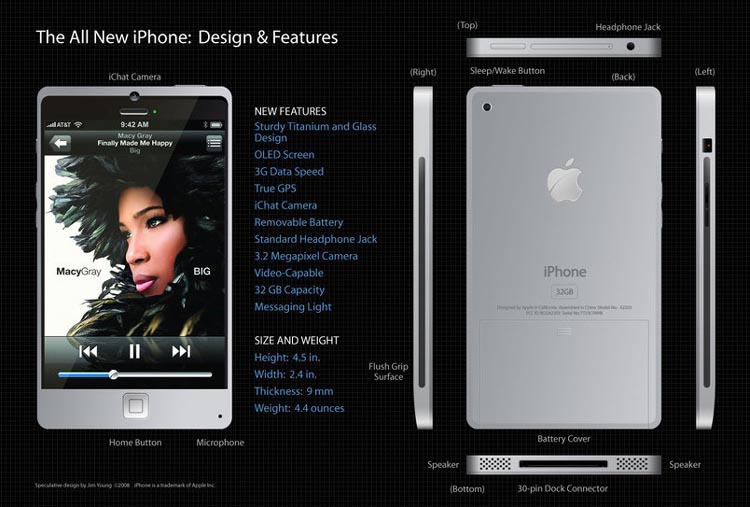 The concept shown below is obviously not an official announcement coming out of Cupertino, but it easily falls within the line of reason for what Apple has been doing in the last year or so. With the new unibody MacBooks, we’re seeing renewed interest in even sleeker lines and aluminum bodies. In this way, the iPhone 4G (or whatever you want to call it) could take on this design aesthetic as well.

As you can see here, the concept calls for lines that are definitely more square than the current model and the black front has been replaced by the silky silver of aluminium sturdy titanium and glass.

In terms of the wish list for features, the designer calls for a bright OLED touchscreen display, 3G data, true GPS, a secondary iChat camera mounted on the front, a removable battery, standard headphone jack, 3.2 megapixel camera on the back with video, 32GB internal memory, and a messaging light.

Some of these ideas, like the increased capacity and secondary camera, sound very feasible, but I wouldn’t be at all surprised if Cupertino cast the removable battery aside yet once again. Hopefully, cut and paste will be part of their plans though.