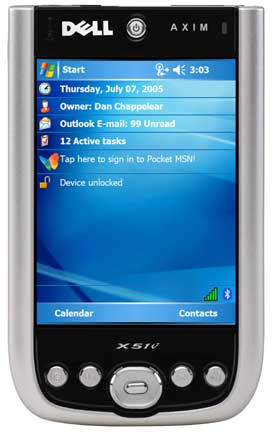 We’ve heard about the possibility of Dell entering the smartphone market for some time now, but now the rumors are picking up quite a bit of heat for a very specific region. The stories are bubbling back up to the surface and this is because people are saying that we could be in store for what will be known as the Dell MePhone (not to be confused with the iPhone). It’s all about me. Er, you. Bah, you know what I mean.

This is pretty exciting news in and of itself, seeing how Dell is already one of the biggest PC makers in the world today, but the kicker is that the rumored Dell MePhone will offer something that no other major smartphone has today: custom configurations.

The Rumors Are Back Again

The rumor mills are saying that Dell will announce their plans to release the MePhone some time next month and then the phone will hit their online storefront on September 9th. Given this kind of timeline, the Mobile World Congress in Barcelona sounds like a great stage for the unveiling.

Whereas other smartphones, like the Nokia E71 or Motorola Q9h, come in a set configuration with set features (although there are some slight variants available), the Dell MePhone will be built-to-order, not unlike the desktop and laptop computers that you can buy from Dell. Will these rumors come to pass?

Dell isn’t new to the world of handhelds, of course, because they had the Dell Axim PDA for some time before it was abandoned in 2007. With the acquisition of Ron Garriques from Motorola that same year, they gained a little more cell phone insight and this could pave the way to the MePhone.

Something that has been holding back the development of a proper Dell smartphone has been the somewhat restrictive environment of Windows Mobile and the iron fist that is known as Microsoft. When you use Windows Mobile, you have to listen to what Redmond has to say.

Dell may still very well go ahead with a Windows Mobile offering, but the availability and rising popularity of Google Android can open a lot of doors for Dell. The open-source platform allows Dell to customize their phones however they’d like, including the integration of new features, custom software, and all sorts of other fancy doo-dahs.

Yeah, they might have done that with something like Linux, but Android is probably going to be more popular, especially with the backing of a massive giant like Google. People love Google.

The Appeal of Configuration and Customization

What if I want a better camera? Maybe I’m more inclined to choose a lot of internal memory. Is there an option to buy a larger microSDHC card at a reduced price? Perhaps a choice of processors to best suit my budget and my processing needs.

Just as the Dell model for buying a PC works with people who want their laptops a certain way, paying for what they need and eschewing what they don’t, the same can be said about the smartphone market. The much lesser-known ZzzPhone took on a similar approach (it uses Android too) and while it never took off, it offered an interesting idea.

Think about the possibilities. If you want a phone with a QWERTY keyboard, you can get something similar to the G1. If all you want is a touchscreen, then you can get an Android phone shaped like the iPhone. You can upgrade the camera, the memory, the included apps, the screen resolution, and all sorts of other things.

Capitalizing on a Growing Market

Dell has a good chance at capitalizing on the growing interest on smartphones. They already have a terrific distribution system set up through their website and brick-and-mortar retailers and they’ve got a name that people respect. The build-to-order aspect of the Dell MePhone would really set it apart, assuming that the other guys don’t do something similar between now and September.

The birth of build-to-order smartphones could be a real game changer, just as the popularity of the multitouch iPhone changed things and how the RAZR introduced us to the appeal of skinny. Bring it on, Dell.