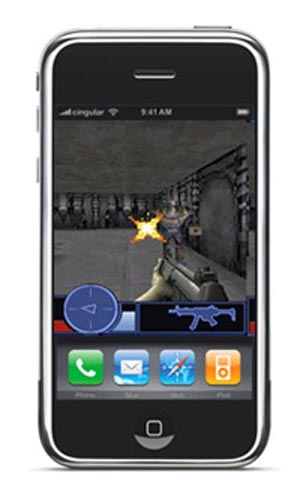 Up until now, the vast majority of games available for the Apple iPhone and iPod touch have been priced at under five dollars, oftentimes selling for a buck or two. However, that may soon be changing with the pending introduction of premium games at a premium price.

Apple wants to open up the App Store to some of the bigger video game studios in the industry, allowing them to charge somewhere in the neighborhood of $19.99 per game. The invitation is going out to big name publishers like GameLoft and EA, letting them push out iterations of Diner Dash and The Sims for twenty bucks a pop.

This price point gives the publishers more room to develop better games, competing a little closer to the PSP and the Nintendo DS. Steve Jobs has already said that the iPhone (and iPod touch) is a bonafide gaming platform and by allowing “real” studios produce fuller games at a higher price, that declaration be ring truer than ever.

The increased price point for premium games is still a rumor at this point, but what’s stopping these guys from charging more money for their games anyhow? If someone else can charge $1000 for a social networking app, why can’t EA charge us $20 for the latest version of Madden?