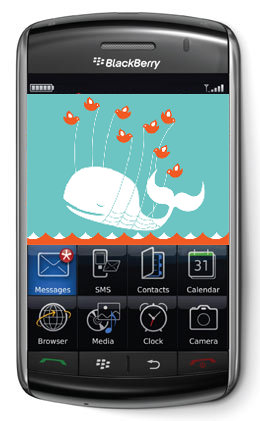 While the BlackBerry line is widely applauded for its reliability and build quality, Research in Motion co-CEO Jim Balsillie says that we should expect them to be riddled with bugs. That’s right. He says that his company’s smartphones are eerily problematic.

Naturally, he also reminds us that it’s not their fault; it’s ours. Research in Motion struggled to get the BlackBerry Storm launched in time for Black Friday last year and this “mad rush” to market left quality assurance as a secondary concern. This is not good for normal development and testing cycles, so you have a phone on the market that really isn’t all that ready for the market.

RIM would love to have all the time in the world to put new handsets through their proper paces, but we want those phones sooner rather than latter. This has resulted in the “new reality” described by Balsillie. Bugs and shortcomings are expected during the development phase, but now they’re really spilling over into the time when the phone is already being actively sold.

As all of these companies try to one-up one another and beat each other to market, the design and engineering phases will be even more rushed, leaving less time to test for problems. They’ll take shortcuts. Got a ‘Berry with problems? Balsillie is essentially telling you that you should just suck it up or wait until the first few waves of bug fixes are released.