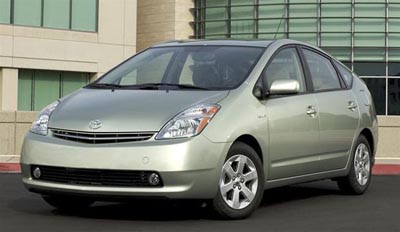 Although Toyota may be launching a brand new version of the Toyota Prius hybrid for the 2011 model year, the current model will continue to be sold through dealerships in the company’s native Japan. This is similar to what Volkswagen did with the introduction of the new Golf and Jetta, selling the older versions as the City Golf and the City Jetta.

Considering that the Prius is the most popular hybrid vehicle on the planet today, why would Toyota want to keep hanging on to an older model when the new version is going to be sold alongside it? Well, Toyota says that the “old” Prius will be kept around as a low-cost option for value-minded consumers.

Those who want the latest and greatest will be more inclined to spend the extra money on the all-new 2011 Toyota Prius, whereas those who are more interested in just having the Hybrid Synergy Drive will opt for the less expensive “old” Prius. This also keeps the price tag in line with the less expensive Honda Insight.

This really is a sign of the times, since so many people are being so much more careful with their spending habits these days. The cheaper Prius will get slated at under $22,200 in Japan, which is about $3,000 less than the current price.