Even though some people may see them as smaller versions of real laptops, netbooks are pretty distinct entities and they need to be treated as such. Yes, the lines are certainly blurry, but just as you wouldn’t want to run a full build of Vista on a smartphone, it’s probably not appropriate to do the same on an underpowered netbook.

For now, you can largely choose between Windows XP or some build of Linux for your chosen netbook, but neither one of these is perfectly satisfying, at least for some guy name Tariq Krim. Tariq took it upon himself to develop an OS designed specifically for the smaller confines of the netbook environment.

The Jolicloud operating system appears to be built on a Linux framework, but it’s not the kind of Linux that you’ve been seeing on netbooks thus far. It’s almost iPhone-like in its interface, because you get a series of large icons that are set on a series of flipping pages, not unlike what you do with the apps on your iPhone.

Jolicloud is beautifully designed, easy on the eyes, and the large icons make it much more user-friendly on a smaller 7-inch or 9-inch screen. Regular icons make you squint; these don’t. Tariq took out the frills while retaining the functionality that you need.

The official Jolicloud site has more information. The OS isn’t quite ready yet, but you can stay tuned for its eventual release. 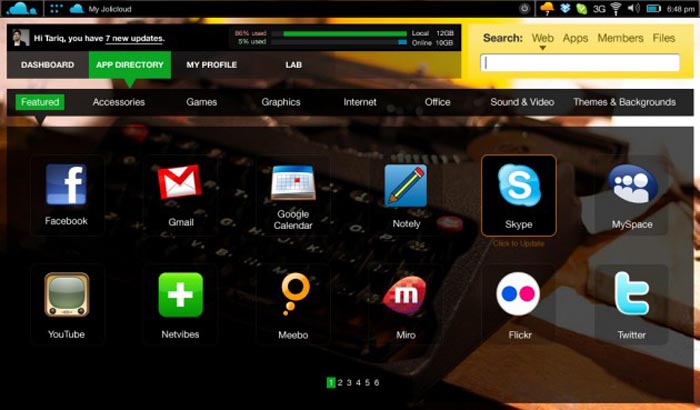