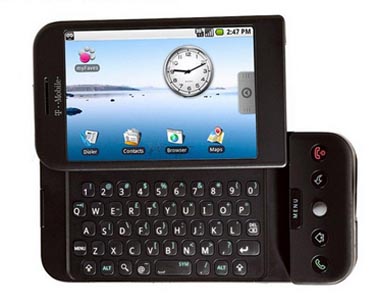 I’ve been fighting this battle for far too long and it’s about time I come to some kind of decision. I don’t know where I’ll turn, but I really want to buy myslf a new smartphone. After migrating over from a conventional phone to a smartphone, there really is no turning back. The simple functionality of a dumbphone just doesn’t cut the mustard for me.

Some of the Top Contenders

Although the Apple fanatics will hate me for saying this, I’ve already decided that I’m not going to even consider the iPhone 3G. This isn’t to say that I won’t have some sort of iPhone in the future, but the current incarnation isn’t really what I want.

In terms of criteria, I don’t think I’m being terribly picky, but this could be the source of my indecision. For frame of reference, I’m currently using an ancient T-Mobile MDA Vario (HTC Wizard) running on Windows Mobile 5. Yes, I’m that old school and it’s time for an upgrade. I’d prefer to keep a touchscreen around, though that’s not really a requirement. I’m open to different operating systems, but I cannot live without a hardware QWERTY keyboard. I also need a good “Today” screen.

Regarding preferences, I’d like a decent resolution camera that can do video, an adequate email client, a decent web browser, and expandable memory. I’m willing to budge on any of these if other features win me over. Let’s see who is currently sitting at the top of the heap.

The T-Mobile G1 is one of the more exciting phones to come along in a while, not because the hardware is particularly revolutionary, but it ushers in the era of Google Android. Although I don’t have T-Mobile up here in Canada, it wouldn’t take much to get the developer’s version.

It’s got the touchscreen and the QWERTY keyboard, but there is no usable 3G radio for me. Because the G1 takes advantage of T-Mobile’s 1700MHz network, I won’t be able to use it with Fido up here. Can I settle for EDGE speeds? Maybe.

A friend of mine recently converted to Research in Motion’s popular smartphone line. He loves it, having migrated from Windows Mobile. He loves his Bold and everything that comes along with it.

I’ve said that Fido needs BlackBerry and this seems to be coming soon. The Pearl 8100 is set to launch early next month (February 4th) and although I don’t want the Pearl, I’ll like the BIS support.

The leaked roadmap points toward the possibility of the Curve 8900 going to Fido and that’s a phone that I like. Just like the T-Mobile G1, however, it won’t have 3G for me. At the same time, the BlackBerry data compression may be enough to overcome that. It’s got a fantastic keyboard and a brilliant OS. I hear the Javelin could be Fido-bound in March.

Although it won’t officially arrive at Fido, I could nab an unlocked BlackBerry Bold for a few hundred bucks. That’s a great alternative, especially since it’s got 3G going on too. On the downside, I don’t see any solutions to sync it with Thunderbird. I could sync with Google though, I hear.

This isn’t all that new of a smartphone anymore, but the AT&T Fuze could prove to be a pretty good solution. I’m already familiar with the Windows Mobile environment and, despite its shortcomings, I like it. The upgrade would serve me well, because it’ll still bring a familiar feel to it coming from my old T-Mobile MDA, but there’s enough novelty to satisfy me.

At about $500 sans contract, the AT&T Fuze can be easily unlocked and brought up to Canada. It’s got a good keyboard, a good camera, and 3G connectivity. Then again, if I’m going to nab the Fuze, it may be more affordable to grab the Touch Pro from Bell or Telus. I’d rather stick with GSM though.

I’ve never owned a Symbian-based smartphone, so I’m not entirely sure how much I’d like it. Then again, the Nokia E71 has won itself a lot of fans for its ease of use, terrific build quality, and pleasing form factor. It satisfies most of my criteria, including 3G connectivity, but it’s the Symbian-ness that’s holding me back. For the price of an unlocked E71, I’ve got plenty of other options.

With the reduced price of little brother Nokia E63, however, the proposition changes. Retailing at under $300 unlocked, the E63 is a terrific bargain. It’s got most of what the E71 has going for it, save a few extras that aren’t going to make or break the deal for me. Saving $200 and losing a megapixel sounds like a good deal to me.

So Many Phones, So Little Time (and Money)

In the end, I still find myself at a bit of a loss. It’s unlikely that I’ll be making any sort of decision until Fido officially launches its BlackBerry service, since I want to see what kind of Value Packs (if any) make themselves available.

By the time that rolls around, however, we may be looking at yet another iPhone. And then the whole landscape changes. Again.