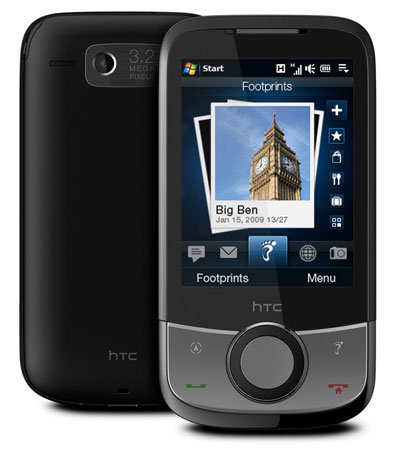 As if the product naming scheme at HTC wasn’t confusing enough already, the Taiwanese phonemaker has just released an updated version of the HTC Touch Cruise that it will be calling the HTC Touch Cruise. The least they could have done is call it the Cruise II or something, couldn’t they?

The successor to the first Touch Cruise updates the entire spec and feature sheet to bring it up to speed with the rest of the HTC Windows Mobile smartphone lineup. As before, this phone relies on its 2.8-inch QVGA touchscreen display since there is no physical keyboard or keypad in sight.

There is a dedicated HTC Footprints button too. This “allows users to create and send digital postcards featuring images, sound and notes.” I’m thinking that it’s highly integrated with the GPS side of things.

Look for the new HTC Touch Cruise to hit global retailers in the Spring with an unlocked GSM phone being sold for $500 to $600.