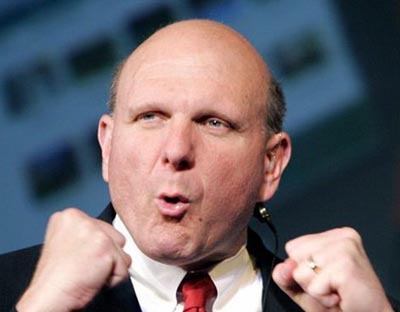 If you are holding any shares in Microsoft, the performance figures released today are going to be a bit of a mixed bag for you. There’s some good news in there, to be sure, but some bad news too.

Let’s start with the good news. Microsoft says that it has sold over 20 million Windows Mobile smartphones over the course of 2008, including eleven handsets that sold more than one million units each. That’s pretty impressive.

Looking at the quarter that ended on December 31, 2008, Microsoft says it posted total revenue of $16.63 billion, which is actually a 2% increase over the same period the previous year. Despite the economic downfalls, Microsoft actually grew its business and sold more phones. They can probably thank HTC for a big part of that.

And now the bad news. Even though Microsoft had a 2% increase in quarterly revenue, it had an 11% drop in net income. That’s still $4.17 billion in net income, but it’s a drop. Further still, the company announced that it will be cutting 5,000 jobs across several departments. This will take place over the next 18 months with 1,400 of those jobs being cut today.

Is Steve Ballmer happy with the news? I’m not sure.