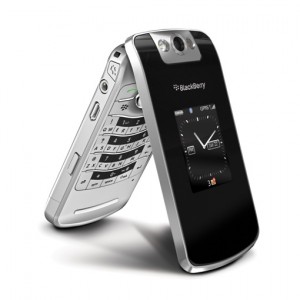 If history has taught us anything, it’s that the CDMA world has a tendency to lag behind the GSM side of things when it comes to nabbing the latest handsets. We experienced this delay with the popular Motorola RAZR, for example. That said, times are changing and the CDMA guys have had the jump on GSM for a few notable products. Telus has the Touch Pro and Storm, whereas Rogers does not. However, history is repeating itself again.

While the BlackBerry Pearl Flip has been available through Rogers Wireless in Canada for a little while now, Telus is catching up with a flipping BlackBerry of its own. The current word on the street has it that the “future-friendly” mobile operator will be getting the Pearl Flip 8230 soon.

How soon? They’re looking at a launch around the middle of February with the BlackBerry smartphone being offered in your choice of black or pink. No pricing information has been released, but I’m thinking it will be reasonably affordable, especially when placed next to something like the Curve.

Telus isn’t the only Canadian CDMA provider to get the Pearl Flip either, because they’re saying that Bell will nab it within the first quarter of this year. With these precedents set, I wouldn’t be at all surprised to find the flipping Pearl with an American CDMA provider soon either.