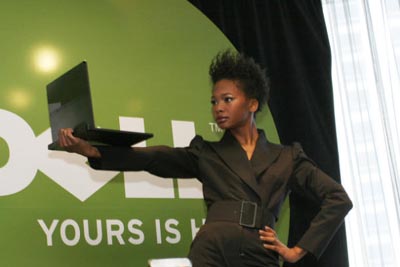 The slim mantra continues to be popular in much of the consumer electronics market and we want our gadgets to be skinnier than ever. The Dell Adamo notebook was supposed to be the answer to the Apple MacBook Air, but it seems it’s not quite ready for primetime just yet.

The Dell notebook with the slim profile was officially announced a short while ago and we were told that it would start hitting the regular retail channels (including Dell’s online store) within the next couple of months. Unfortunately, that’s not really how things are going to go down.

The newest word has the Dell Adamo being delayed for an indefinite amount of time, pushing the release date until the second half of 2009. Interestingly, there is no real rhyme or reason given for why Dell would be pushing its Air-fighter into the second half of the year, so we have no way of telling whether it’s a simple or a difficult fix.

At this time, people are still interested in things like the Dell Adamo, as well as the MacBook Air and the thin MSI X320, but it’ll be interesting to see if Dell takes the Adamo into netbook or notebook territory more than six months from now.