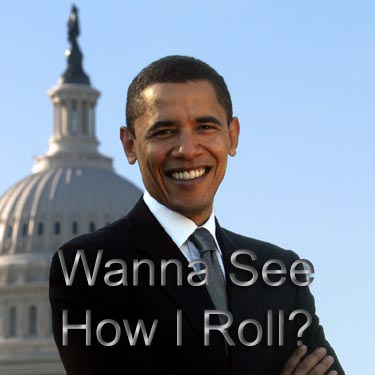 Today is the first day that we can officially refer to Barack Obama as President of the United States of America. You can’t turn on a television and flip through a newspaper anywhere in the country without some mention of the momentous occasion. We could easily dive into a discussion regarding race relations and all the barriers that Obama has crushed with his victory, but Mobile Magazine is not a political blog. We blog about gadgets and technology.

One of the lesser covered stories today is the revealed of the official Pesidential Limousine that will serve as Obama’s primary on-the-ground transportation while he is in Washington, DC for the next four (or eight) years. Although it may be important to watch the environment, Obama is not going to cruise around in a Prius or a scooter. That’s just not very presidential. That’s why he has a one-of-a-kind Cadillac Presidential Limousine.

The Deal with Presidential Limos

Barack Obama is a man of the people and you get to know him quite well through his numerous books, but as the American President, he needs a certain level of protection. This is going to be massive change in his lifestyle. No more driving for you, Mr. President. No more random jaunts among the masses, President Obama.

The Presidential Limousine, as you can imagine, is not a regular production car. It’s not just another vehicle that rolls off some assembly line in Detroit. He gets a one-of-a-kind ride with all sorts of one-of-a-kind features.

American Muscle Under the Hood

Speaking from the engineering point of view, we discover that “The Beast” (as it has come to be known) is built by General Motors and badged as a Cadillac. It only makes sense to stick with an American automaker, because I’d imagine it would be quite the PR nightmare if Obama was seen cruising around in a Mercedes or a Lexus.

Obama isn’t the first Cadillac’d President. President Wilson had one during his post-World War I parade, President Coolidge rolled in a 1928 Cadillac Town Car, and President Eisenhower used a Cadillac Eldorado during his 1953 inaugural parade.

I’m not sure about the power under the hood of Obama’s Caddy, but Reagan’s 1983 Fleetwood had a Turbo Hydra-Match 400 3-speed auto and Clinton had a Fleetwood Brougham with a 7.4L V8. I wonder how many horses are being generated by Obama’s limo…

The Impenetrable Fortress (on Wheels)

The bigger story, perhaps, is on the security front for Barack Obama’s Cadillac Limousine. The doors have been reinforced with military-grade armor of several inches thick, protecting the First Family (and whoever else may be in the car) from any harm whatsoever. The glass is bullet-proof, of course, in case we find another John Wilkes Booth or Lee Harvey Oswald.

But wait. There’s more. The Caddy also has its own air-generating system so that it does not need to grab any air from the outside world (as a regular car would). That’s because the interior is completely sealed to protect the President against the risk of a chemical or biological attack. They also say that his car is fitted with tear-gas cannons, reinforced run-flat tires, and a wheelbase “built to resist bomb and missile attacks.”

You want safe? He’s got safe.

Turns to Toast in a Few Years

The shame in all of this is that the First Car (Ground Force One?) doesn’t get to stick around after Obama finishes his service in Washington. It doesn’t get retired to some museum or auctioned off for charity. As is the norm with all Presidential Limousines that have come before it, the Cadillac “Beast” is going to be destroyed after Obama’s retirement “to preserve their secrets.”

It’s almost ironic. The limo is built to be indestructible and then they destroy it.