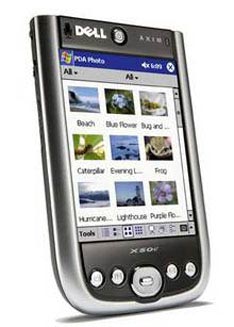 Everyone is shifting toward the smartphone market these days, indicating that smartphones are no longer reserved for just the corporate types in the audience. The Apple iPhone opened up all sorts of floodgates, as did devices like the Palm Centro and HTC Touch Diamond.

With the future of mobile phones moving toward the smartphone end of the market, rumors are resurfacing about the possibility of Dell entering into the fray. In the past, Dell had a line of PDA devices but those were discontinued after a lack of interest. Could Dell come back with a smartphone?

That’s the current word on the street and some are saying that Dell may have something to say (and to show) as early as Mobile World Congress or CTIA Wireless. The Dell smartphone rumor has been going around for more than two years, so they’ve got to have something soon, right?

In terms of what platform will power the Dell smartphone, we’ve heard everything from Google Android to Windows Mobile, as well as the possibility of a Symbian S60-powered handset. Given recent trends, Dell would probably find the most success with Android, but time will tell.